A rice bowl meal that's been around for decades in the province of Rizal, beef budbod (literally, sprinkle) consists of garlic fried rice, chopped beef, scrambled egg, tomatoes and scallions.

It’s just one of the many rice toppings found in the Philippines. But budbod is more. To appreciate the dish properly, you need to toss everything in the bowl together and drizzle in vinegar before digging in. It’s marvelously comforting and titillating at the same time.

My younger daughter, Alex, met with two high school friends who share the name Patricia. One was going to celebrate her birthday in a few days’ time; the other was on vacation from Canada. They agreed to have dinner at the birthday girl’s house and they arranged to make it a potluck affair.

Alex baked sour dough bread and cookies, and made her signature cheese pimiento spread. The other Patricia who hails from the nearby town of Angono but whose family moved to Canada over a decade ago brought beef budbod, among other dishes. She explained that it’s been popular in Angono for ages, and the establishment where she ordered it had been serving the dish for thirty years. From beef budbod, the owner went to to expand the menu.

When Alex arrived home, she excitedly described the dish to me. And I was quite surprised, really, because “budbod” as I knew it since childhood meant either toasted coconut or coconut milk curdle sprinkled on top of sweet rice cakes. It was the first time I heard the word used in a savory dish.

Alex’s excitement was infectious and I soon found myself Googling “beef budbod”. From what I read, beef budbod is just one variant of the many budbod dishes served in Rizal. There’s a pork version, a chicken version, a pritong lumpia (fried spring roll) version and a “mix” version that has beef, pork, chicken and spring roll served over rice.

Our home version of beef budbod

The next day, the first thing I did (even before brewing a cup of coffee) was to locate the pack of thinly sliced beef in the freezer. I pulled it out and dropped it into a large bowl filled with water to hasten thawing. An hour later, I cut the beef into smaller pieces and marinated it in a mixture of soy sauce, calamansi juice, pepper, grated garlic and a few pinches of sugar. I let the beef marinate while I prepped the rest of the components for what would become our beef budbod.

I chopped tomatoes, sliced some scallions and, as usual, went on to add our twist to the dish. I peeled and chopped a red onion, thinly sliced all the scallions we had and, per Alex’s suggestion (because we really didn’t have enough scallions for three carnivores in the family), we decided we were going to add cilantro to the toppings. It turned out to be an extremely wise decision.

Based on photos of budbod that I saw on the web, the egg is scrambled, fried then chopped. Not my style. I cooked the scrambled eggs as a thin omelette, rolled it into a log then sliced it thinly.

The garlic fried rice was a simple affair. Finely chopped garlic was lightly browned in oil, day-old rice was added, liquid seasoning (we’re partial to Knorr here at home) was drizzled in and the rice was stir fried.

Cooking the beef was a three-step affair. The marinated beef was drained and spread in a lightly oiled and heated pan. When the meat changed color and the juices had dried up, I scooped out the meat, transferred it to a chopping board and gave it a rough chop.

The rendered fat in the pan was poured off leaving only a trace. The chopped beef went back into the pan and, over high heat, cooked with occasional stirring until the color darkened.

Then, I assembled the beef budbod. Carefully. It’s really a simple rice dish but I want beef budbod virgins to be able to get excited by making sure that every component is not only visible but highlighted as well.

Connie Veneracion
While beef budbod is an assembled rice bowl meal, the best way to enjoy it is to toss all the contents of the bowl together and drizzle in vinegar (spicy vinegar is recommended) before digging in.Chopped onion and cilantro are not traditional ingredients but "try before you deny" as the annoying Argyle in Stranger Things would say. They really give the dish better flavor and a lovely brightness that scallions alone cannot provide. 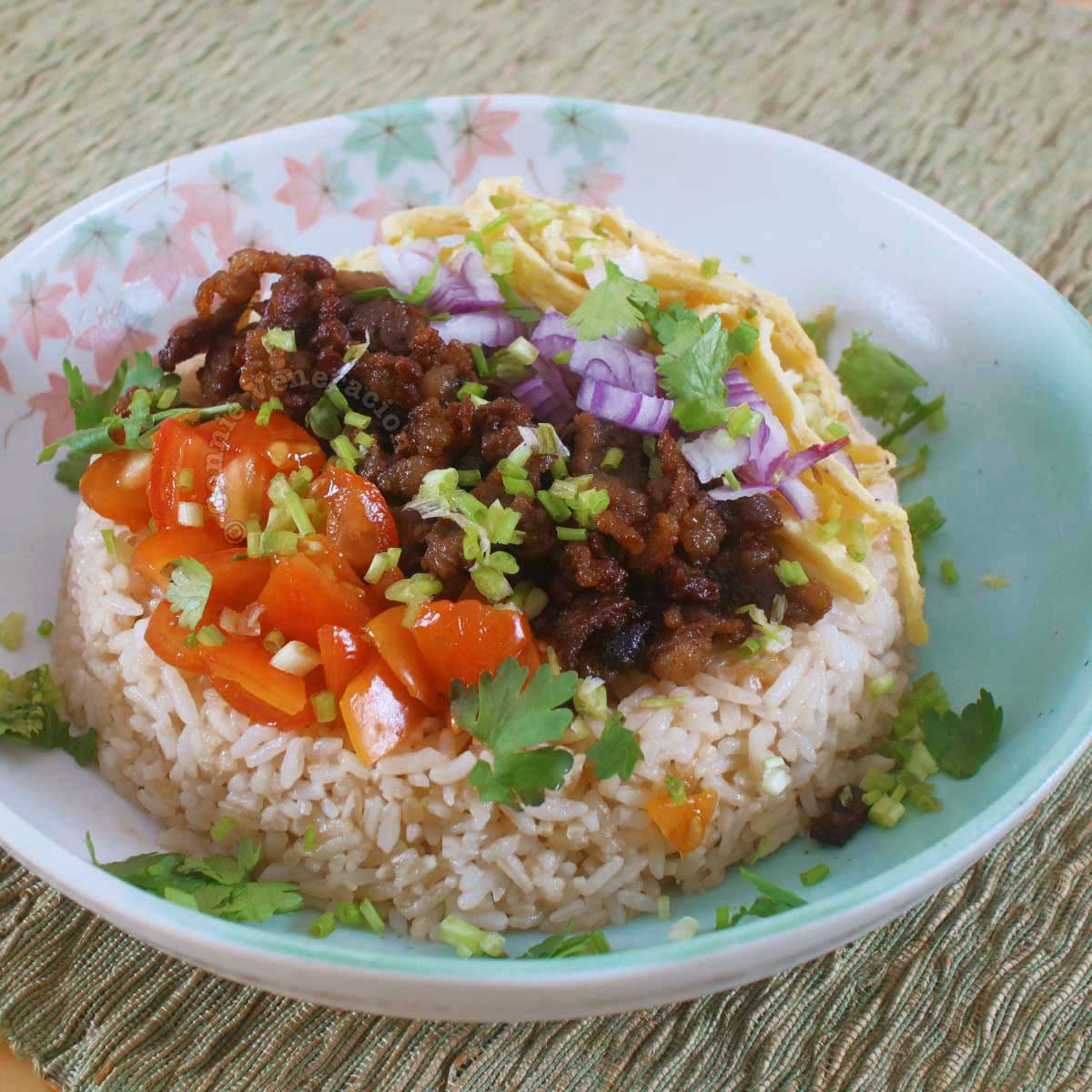 Assemble and serve your beef budbod 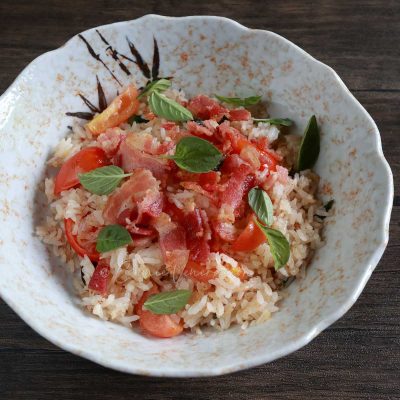 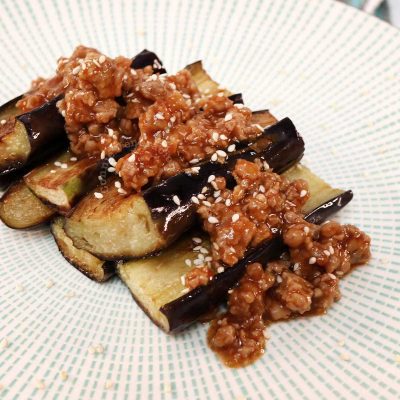 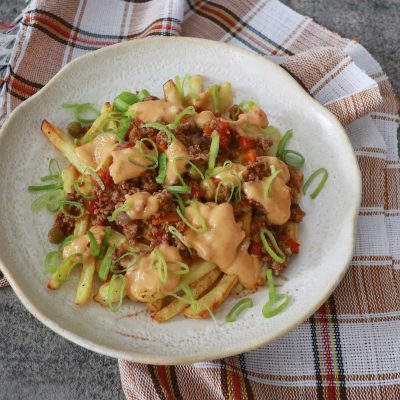 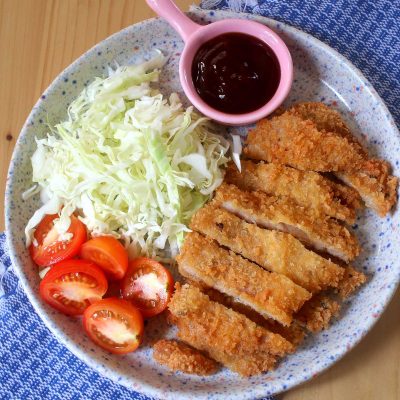