Just to clarify, that opening statement consists of two parts. The first is about marinating the chicken. Chicken fillets are cut into small cubes, mixed with salt, pepper, soy sauce and rice wine, and marinated overnight. That gives the meat a salty-sweet flavor.

The second part about kecap manis and oyster sauce comes during the latter part of the cooking. It is the rice that is flavored with these two seasonings. That gives the rice a salty-sweet flavor too.

This is a dish cooked with leftovers. We had fried chicken wings the other night and, as I was prepping them, I realized that there were chunks of breast meat attached to the little drumsticks. I cut them off and separated them.

The mushrooms were leftovers too. I had six button mushrooms which, by themselves, weren’t enough to make a complete dish. Either they went into a soup or a stir fry. And they would definitely have to combined with other ingredients. So, into our chicken fried rice breakfast they went.

To cook this delicious chicken fried rice, start by sauteeing onion, garlic and carrot. Do this slowly to soften the vegetables. Add the chicken, turn up the heat, and cook until the chicken pieces have almost lost their pinkness.

Cook everything, stirring often, just until the chicken pieces are cooked through. By that time, the mushrooms should be fully cooked.

Pour in beaten eggs so that they cover the surface of the chicken, mushrooms and vegetable mixture. That way, the eggs are evenly distributed.

Immediately after pouring in the eggs, spread the rice on top of everything in the pan. Add the kecap manis and oyster sauce. Drizzle in sesame seed oil. Cook, tossing, until the rice is heated through and the eggs are fully cooked. Optionally, toss in sliced scallions before serving.

Connie Veneracion
The cooking time indicated below might seem overly long for a fried rice dish, but it's just the marinating part that's long. The actual cooking time is ten minutes. 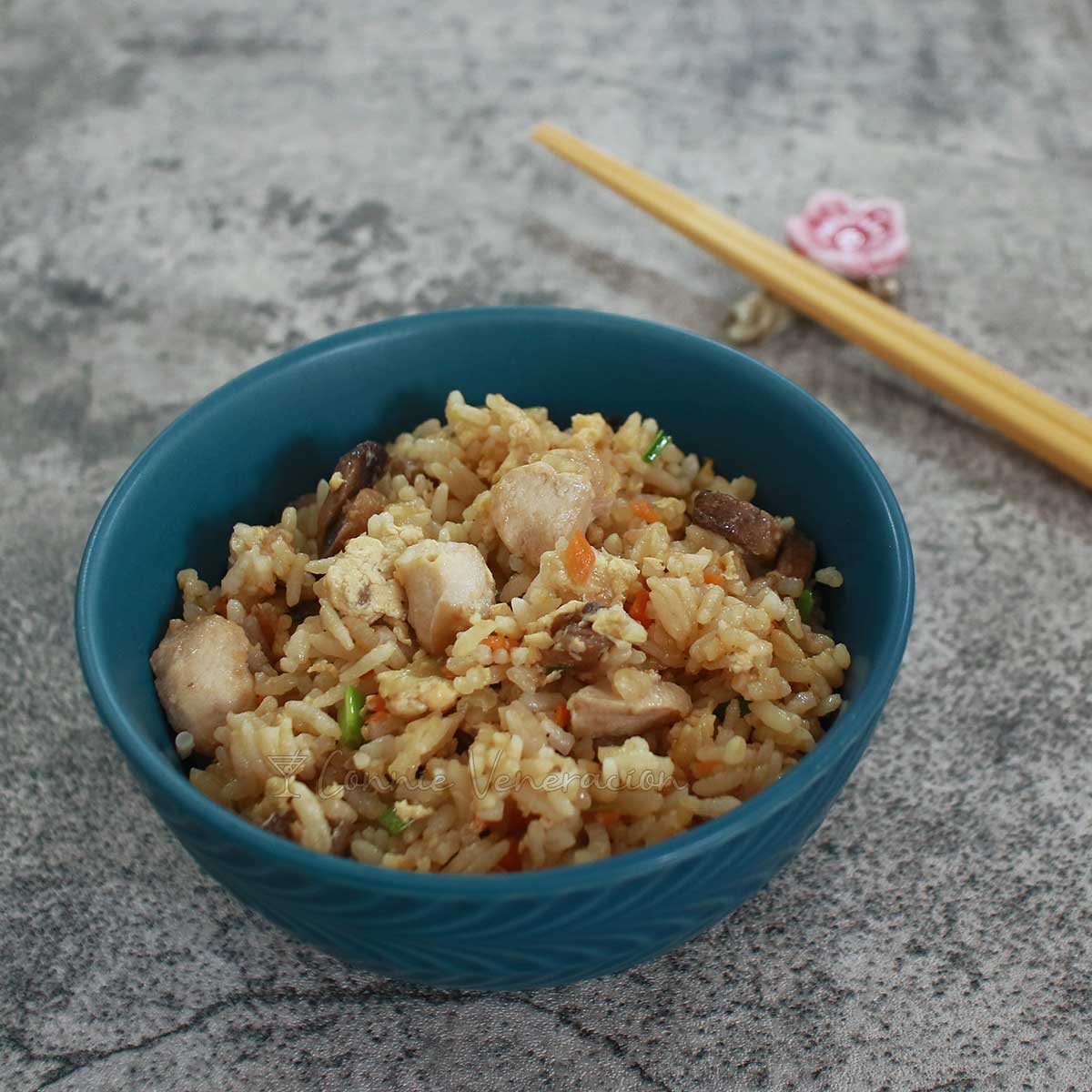 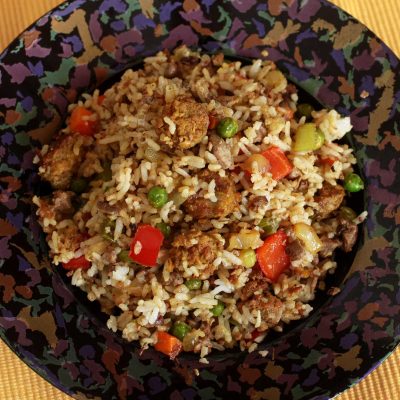 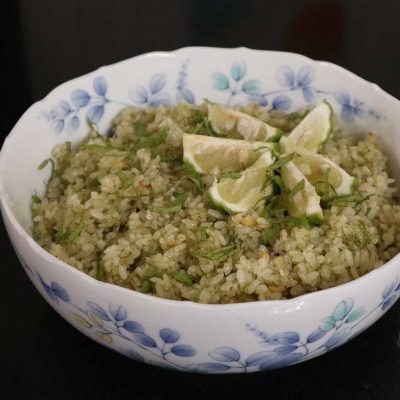 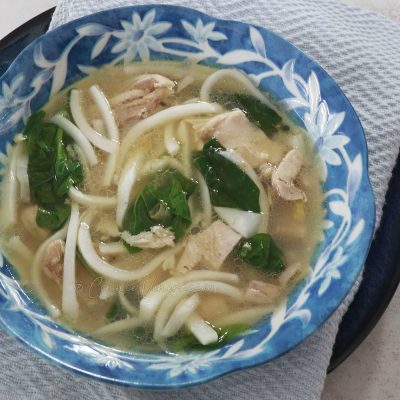 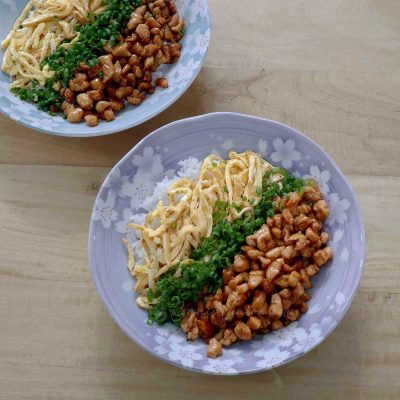 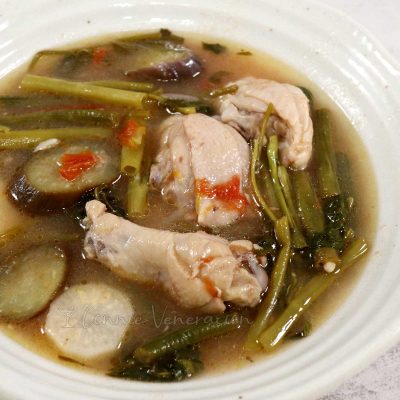