Packets of instant ramen, 200 grams of thinly sliced sirloin, spinach, eggs and slices of kamaboko make a quick and tasty lunch for two.

Instant ramen again? You probably won’t believe how many shelves in the pantry are stacked with instant ramen. We’ve bought so much since early 2020 and we really need to use them before they go past their expiry dates. How to upgrade them to make nutritious and appetizing meals can be quite a challenge, and we’re just trying to rise to the occasion.

This sweet soy sauce beef ramen makes use of everything in the instant noodle packets — the noodles, seasonings and even the garnish. The broth is given a richer flavor by simmering the powdered seasoning with Japanese soy sauce, sake, mirin and a little sugar.

So, the noodles were dumped in boiling water, left to cook for a few minutes (four minutes is the default), drained, dumped in a bowl of icy water and left until they are cold before being drained once again. This process ensures that the noodles don’t clump and stay springy when served.

With the noodles done, the powdered seasoning from the packs of instant ramen was dispersed in water and boiled with soy sauce, sake, mirin and sugar.

Spinach was pressed into the boiling broth and left there just long enough to wilt. The spinach was scooped out to give room to the beef.

Thinly sliced beef does not take long to cook. In fact, cooking for too long makes it tough and leathery. So, just the beef was dropped into the boiling broth and once it had lost most of its pinkness, it was scooped out immediately.

To complete the dish, the beef, spinach and noodles were divided into two portions and arranged with slices of komoboko in two bowls. Using chopsticks, a well was created in the center of the bowls and raw egg yolks were dropped in.

Simmering broth was poured directly over the contents of the bowl and the sweet soy sauce beef ramen was served.

When simmering broth is poured directly over the egg yolks, they partially cook. But if the yolks are still too raw for you, you can just omit them. 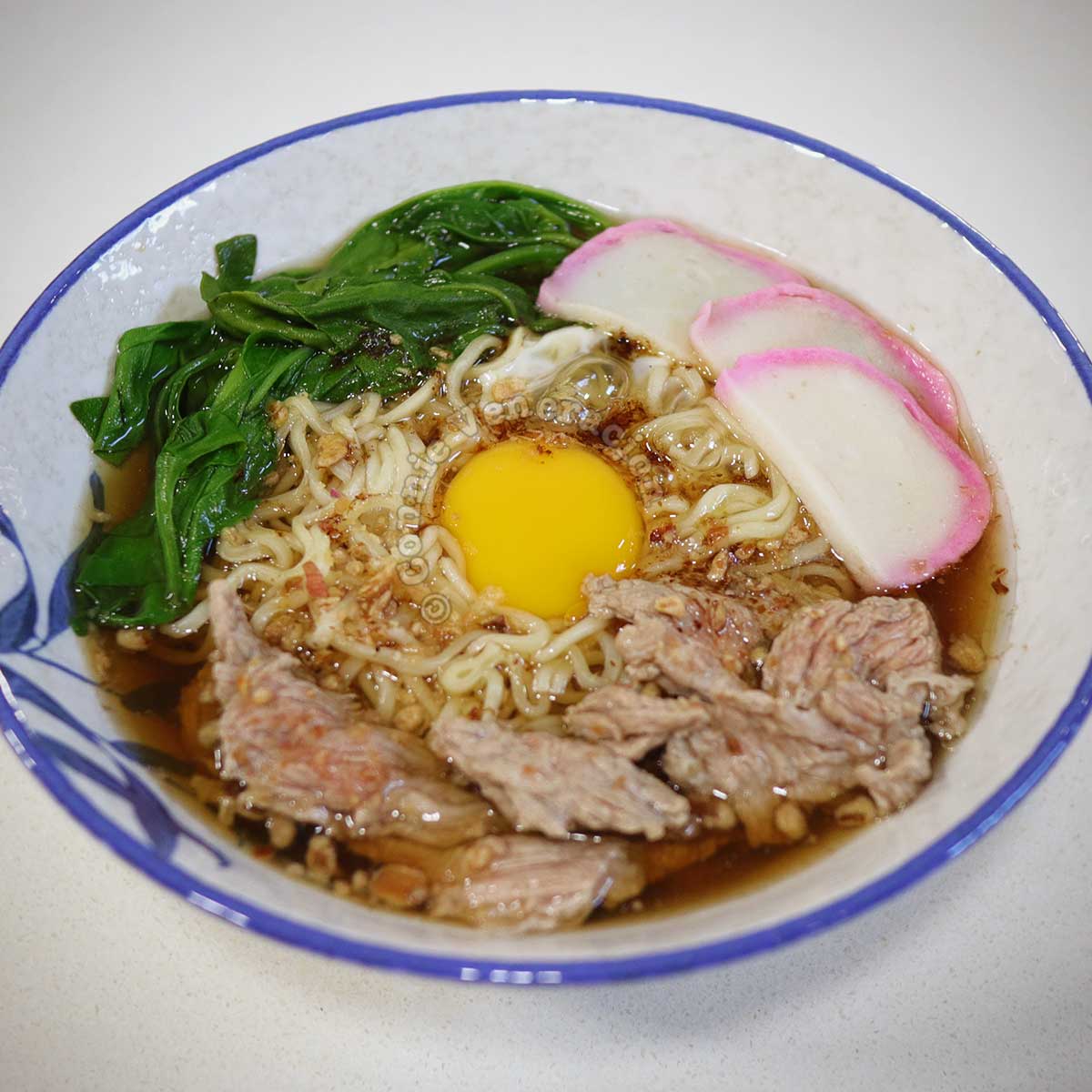 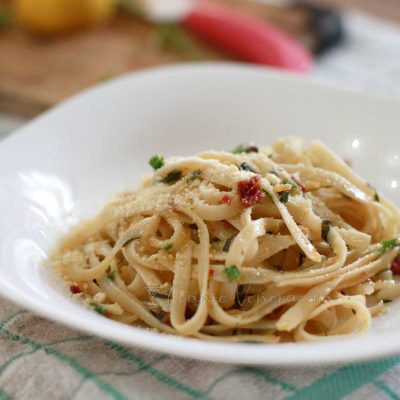 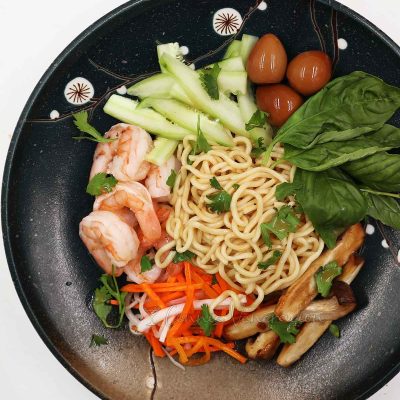 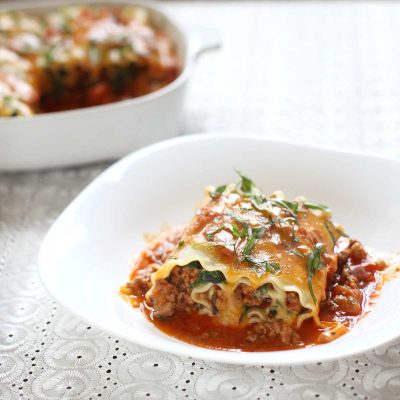 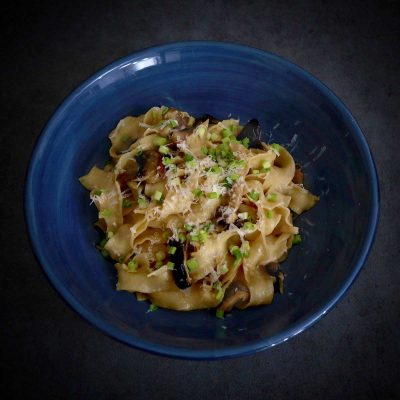 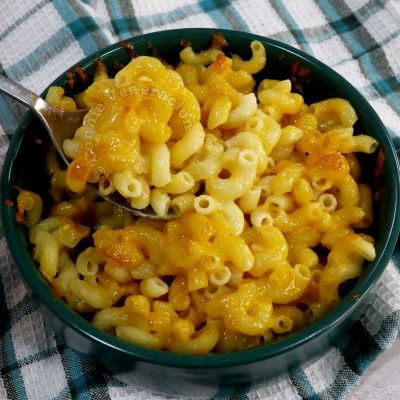 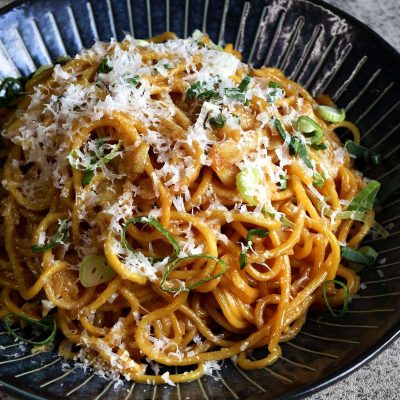