Take a bunch of fresh asparagus, wrap in salami, pop into the oven toaster for ten minutes and voila! Serve these roasted salami-wrapped asparagus spears as a snack, appetizer or cocktail food.

Oven toaster? Seriously? Yep. Less time to preheat and less power consumption too. Of course, if you want to make a huge bunch of this delectable finger food, it will be more practical to use a large tray and roast the parcels in a regular oven.

Because it’s salty enough to skip seasoning the asparagus spears before wrapping. Because salami has enough fat to act as binder to prevent the wrapping from unfolding during roasting. But probably the most important reason is because we love salami.

Salami is a cured sausage. Any meat can be made into salami but pork is most common. To make salami, the meat is fermented before the mixture is stuffed into casings to form large sausages which are hung to air-dry and cure. The flavor and color of salami develop as a result of the fermentation of carbohydrates by lactic acid bacteria.

Definitely not a home project. We buy our salami pre-sliced from the deli. And we keep it in the freezer until we need it. After all, cured but uncooked meat has a short shelf life and no one wants to get food poisoning from bad food handling.

Does salami need to be cooked?

Like most cured meat, salami can be eaten directly. We love salami for making quick sandwiches. But we love cooking salami too. We chop it and add it to pasta meat sauce, for example. Using thin slices of salami to wrap vegetables and roasting the parcels is also a great way to enjoy salami.

In this recipe, we’re using asparagus spears which need to be trimmed so that the fibrous woody portions are left out. Don’t know where the good part ends and the tough part begins? Just bend the asparagus. It will naturally break in the exact spot where the tender and tough parts meet.

You arrange the salami-wrapped asparagus on the baking tray of your toaster oven, you pop it in and, ten minutes later, they’re ready for you to enjoy.

Connie Veneracion
The level of saltiness of salami varies from one sausage maker to another. How many slices of salami you will need to wrap each bunch of asparagus depends largely on how salty your salami is. In this recipe, I used a 1:1 ratio. That's one slice of salami for every asparagus spear. 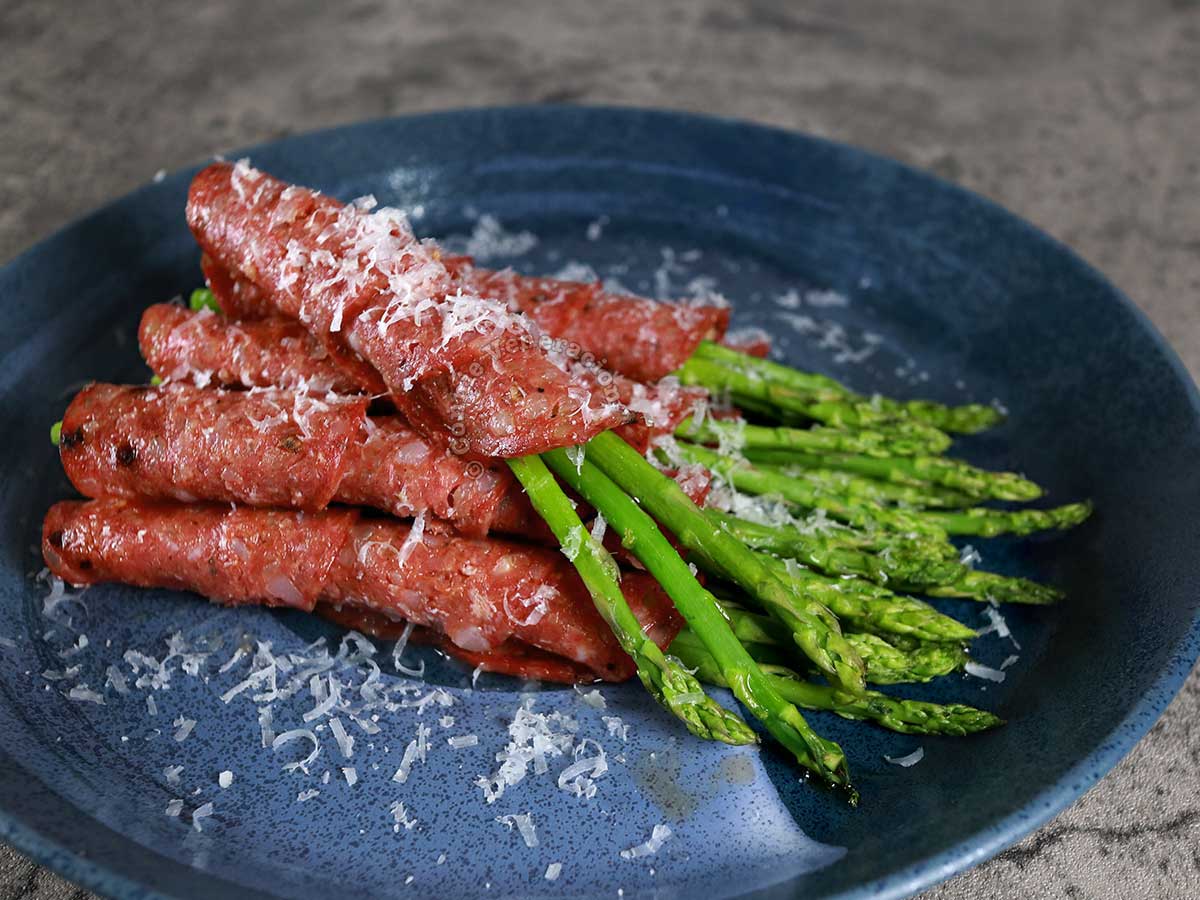 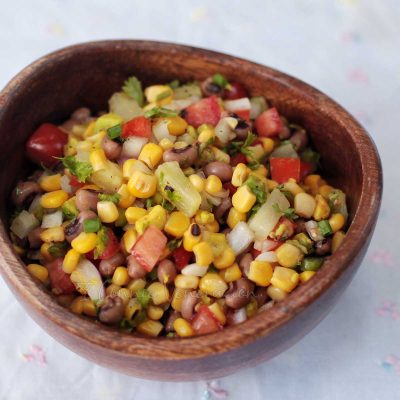 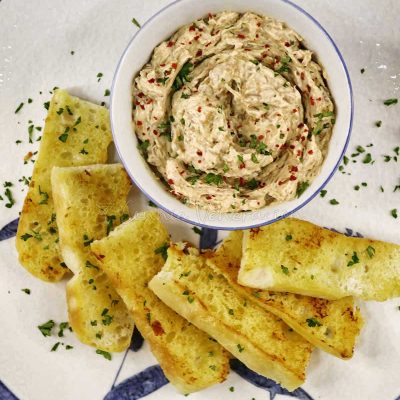 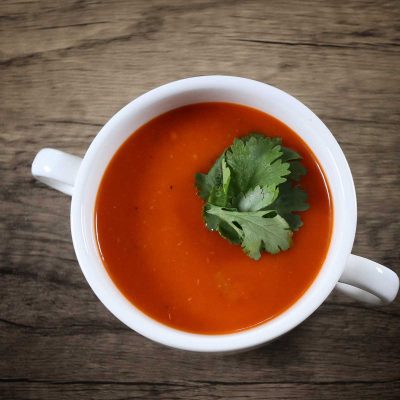 Is haricot vert the same as green beans?
Next Post: Scrambled eggs a la Margherita