Cubed chicken fillets, fresh button mushrooms, bell peppers and sweet peas swimming in a buttery and creamy sauce, chicken a la king can be served over pasta or rice, or with bread.

Considered a retro dish, chicken à la King was highly popular from the 1950s to the 1990s. Some say the dish has been in existence much longer than that although it went by other names. The invention of chicken à la King as we know it today has been claimed by more than one persion but food historians are still debating which claim is the real deal.

There’s also the matter of how the dish was served. In the past, my husband always paired chicken à la King with bread. He still does but, for my younger daughter and I, we have since discovered the joys of tossing chicken à la king with buttered pasta.

Cooking chicken à la King begins with deboned chicken. We use fillets which we cook in seasoned water, cool and cut into cubes.

Making the sauce starts with a roux. Butter and flour are cooked together for just a few minutes. Chicken à la King has white sauce so the roux shouldn’t be allowed to to dark as it does when cooked much longer.

Bell peppers are added and the cooking continues. Should the bell peppers be red? No. In fact, there was one Christmas when I made an effort to get both green and red, and use them for my chicken à la King for a more festive look.

Chicken broth is poured in and the contents of the pan are cooked with constant stirring to make sure no lumps form. You may use the liquid in which the chicken was cooked. Or you may use a more robust chicken broth. Whichever you use, adjust the seasonings as needed.

The fresh button mushrooms go in next. They don’t need a long time to cook. So, just after stirring them with the rest of the contents of the pan, the milk is poured in.

Connie Veneracion
While we prefer chicken thigh fillets over breast meat, the latter was used here because it is easier to cut into uniform sizes. But because it is a lean cut of meat, we took extra care not to overcook it. The technique used here is to simmer the chicken for a short time, turn off the stove and allow it to finish cooking in the residual heat. 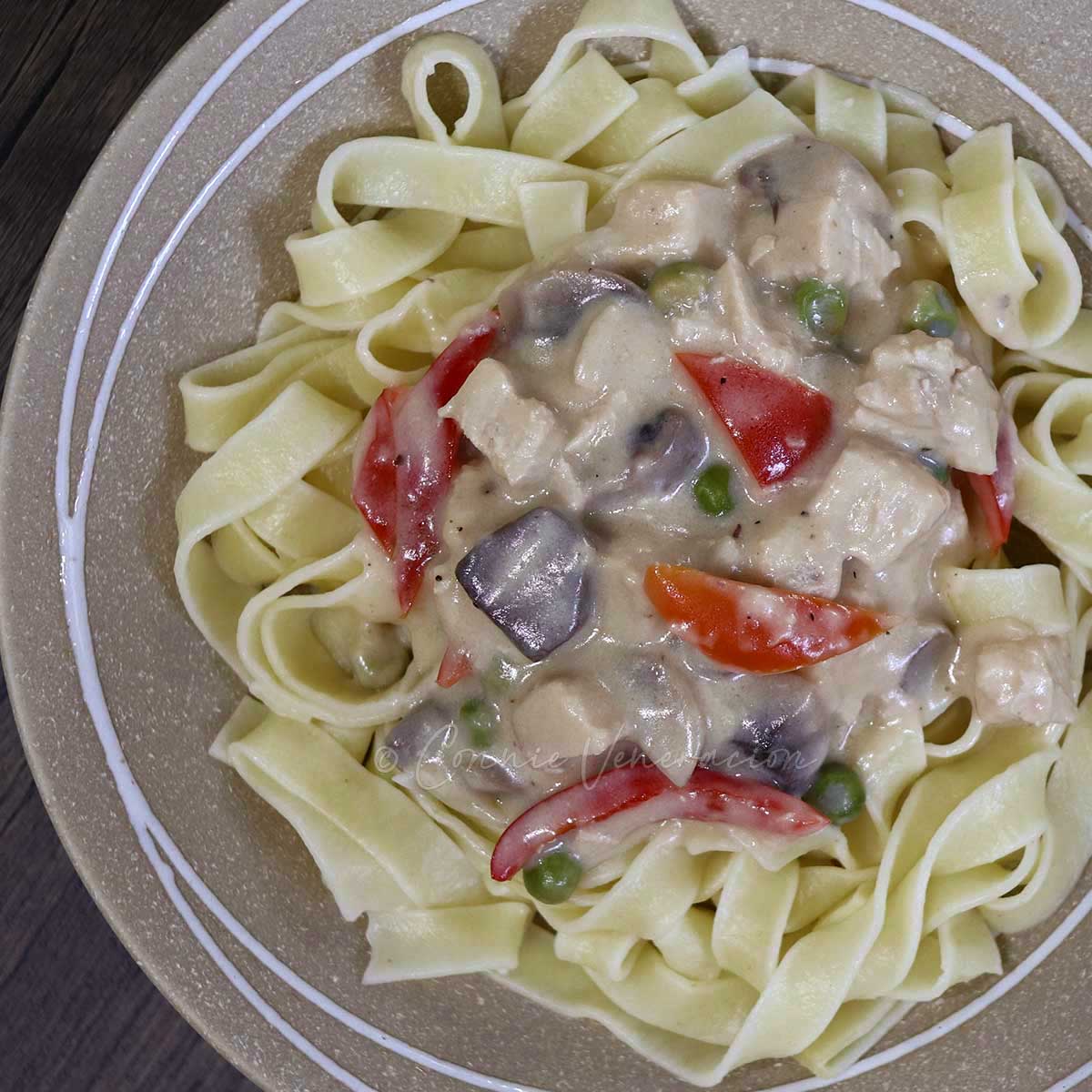 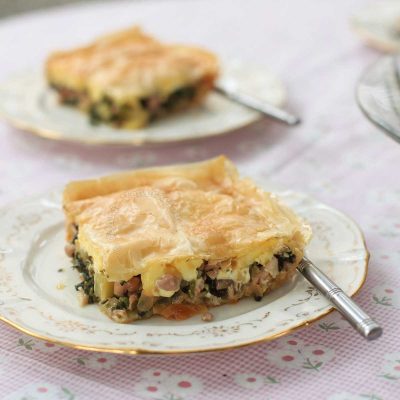 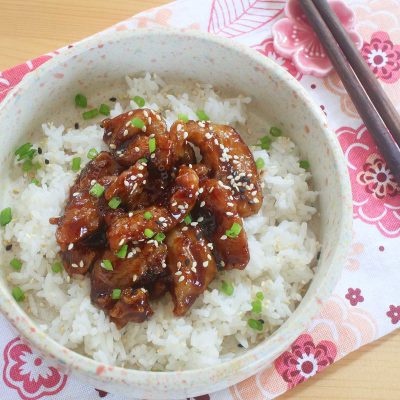 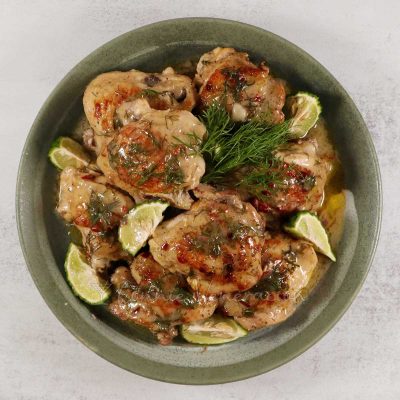 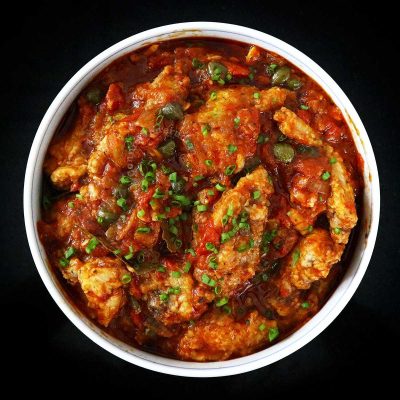 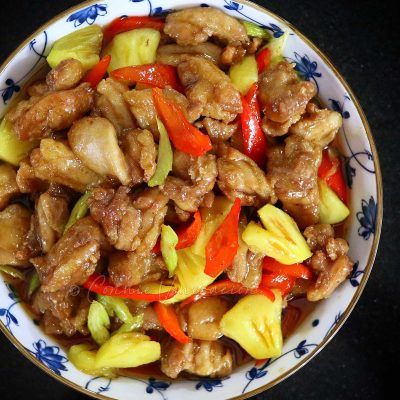 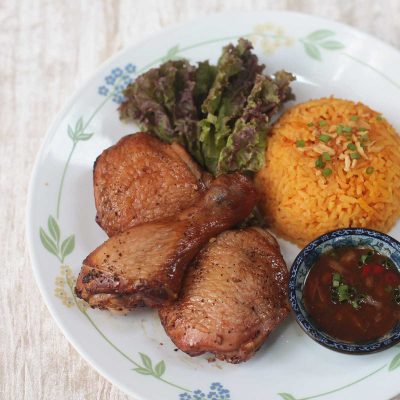