A mixture of seasoned ground pork and vegetables is sandwiched between thin slices of fresh lotus root, dredged in starch and fried until golden and crisp.

Inspired by a dish cooked in Episode 10 of Izakaya Bottakuri. If you haven’t discovered the wonders of Japanese food shows on Netflix, I urge you to browse the list. Just don’t watch while hungry especially if you’re in the habit of watching TV just before bed.

Okay, so, this snack / side dish / appetizer consists of two parts — the lotus root and the filling. Lotus root is a vegetable; the filling is a mixture of ground pork, scallions, chives, garlic, ginger, sake, sesame seed oil and soy sauce. If you’re not familiar with lotus root, see the linked post below. 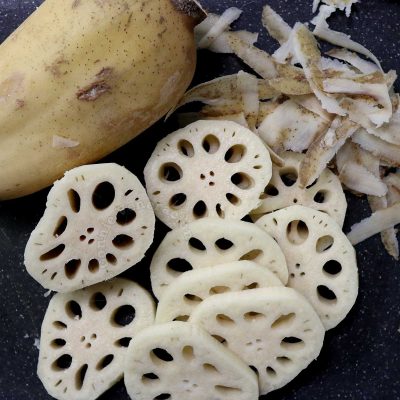 Cooked as vegetable in China, Japan and India, lotus root is sold fresh, dried or canned. Mildly flavorerd and crunchy, it is added to soups and stir fries. It can also be thinly sliced, deep fried and enjoyed as a snack.

Read it? Okay, so you now know what lotus root is and what it looks like. Use a vegetable peeler to remove the skin then cut the lotus root into thin slices.

Because lotus root discolors fast once cut open, you will have to soak it in water with a little vinegar mixed in so that it retains its color while you prep the filling.

When the filling is ready, drain the lotus root slices, lay them on a stack of paper towels, cover with another stack of paper towels and press to remove excess surface moisture. Two reasons for doing this. The first is to minimize oil spatter during frying. The second is make the surface crisp. If you haven’t discovered it yet, surface moisture is the enemy of fried food.

Now take your stuffed lotus root and cover every inch of the surface with starch. In Japanese cooking, potato starch is the default as it makes the lightest and crispiest coating. To avoid getting disappointed with the results, do not substitute wheat-based flour. Cornstarch is an okay substitution (but the coating will not be as light). Tapioca starch will make the coating too chewy.

Fry the stuffed lotus roots until the surface is golden and crisp. Ground pork does not take a long time to cook so it should be cooked through by that time.

Connie Veneracion
For the best experience, cut the crispy stuffed lotus root into halves, squeeze lemon juice directly into the filling, and dip lightly in salt before taking a bite. 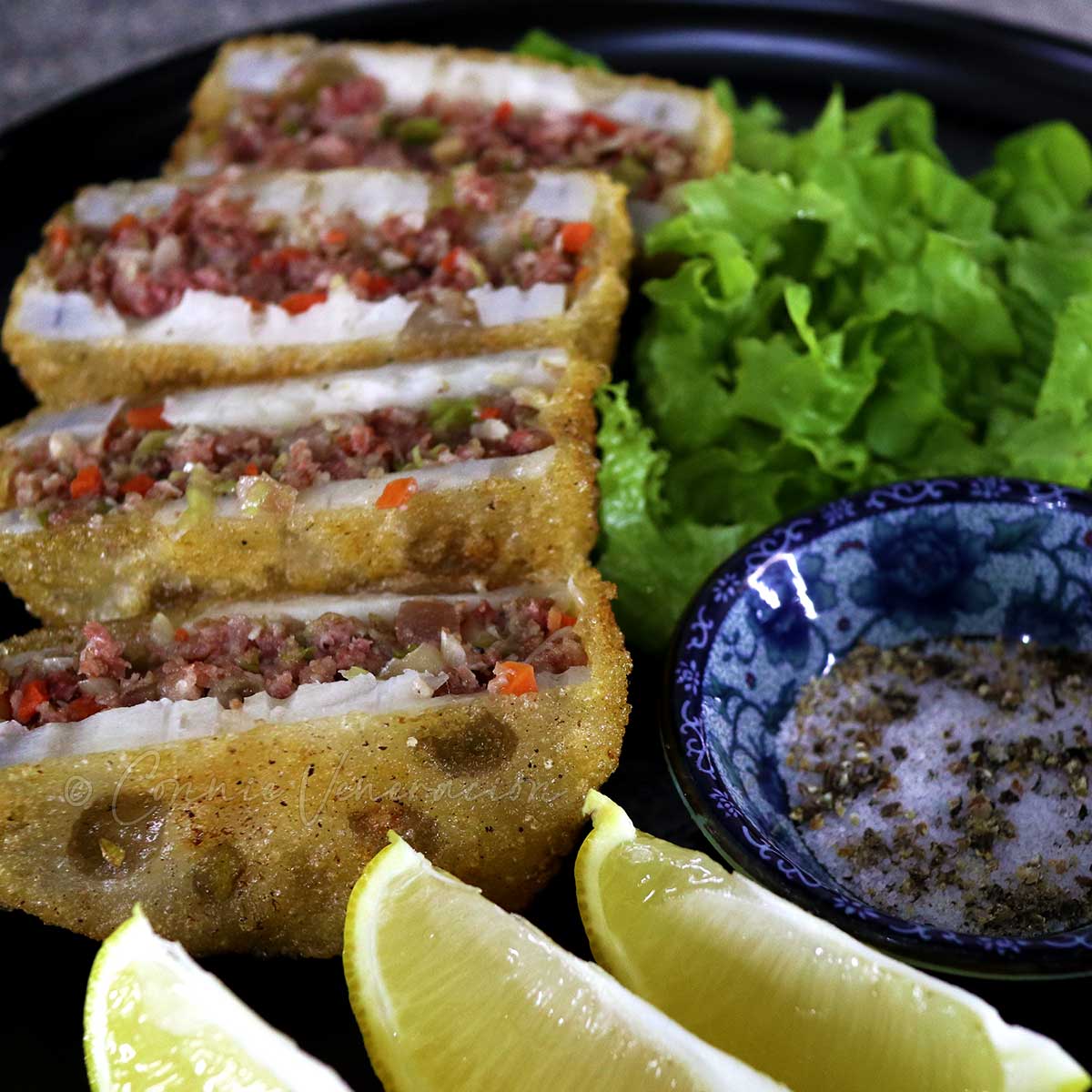 To cook the stuffed lotus root 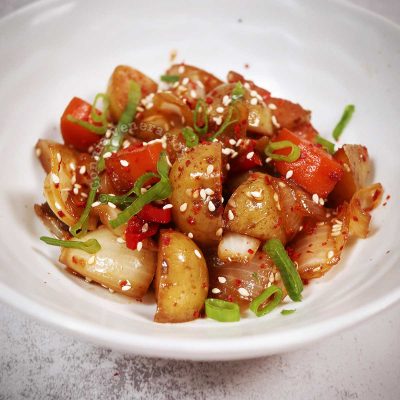 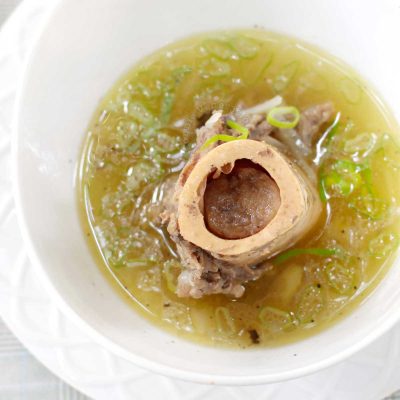 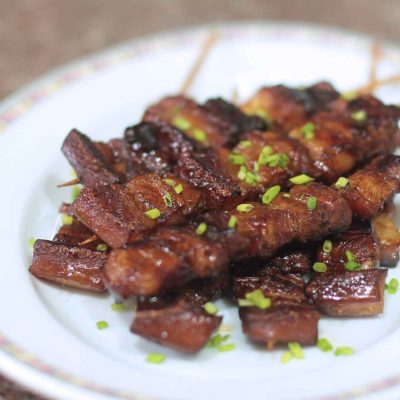 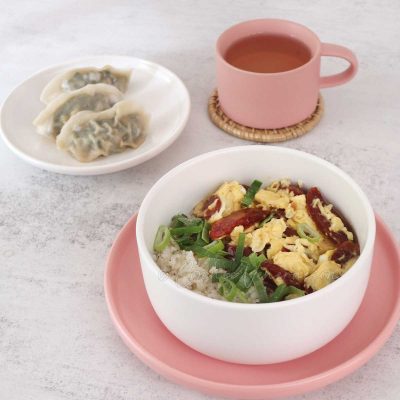 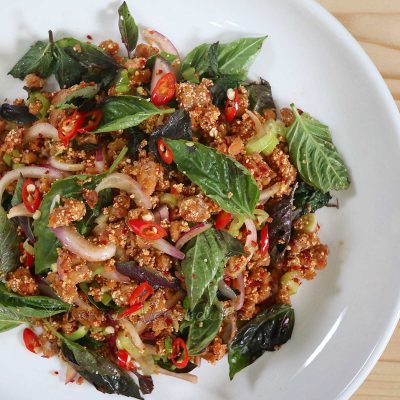