The secret to the best empanada is lard. Not butter, but lard. It will give you the smoothest dough that is soft and pliable but never sticky. And, after cooking, the empanada crust will be the flakiest you've ever encountered.

But won’t empanada have the taste of pork fat if the dough is made with lard? If the lard was made correctly, it’s almost odorless and tasteless. My daughter, Alex, just used one-third cup of lard with three cups of flour to make chicken empanadas, and they were the best empanadas produced in this house.

How do you make lard from pork fat? You just heat the fat, really, until the solid bits turn into liquid. Here’s a step-by-step guide.

Take a large thick-bottomed pan and place on the stove over LOW HEAT.

Spread the pork fat on the bottom of the pan and do not disturb for a few minutes. A pool will form in the pan as the pork fat turns into liquid. When you see the liquid fat bubbling, you may stir the solids occasionally.

As the pork fat liquefies, the solid pieces will start to brown. They will also shrink while the pool of liquid fat accumulates. Stir more often now so that you can monitor the color of the solids through the bubbles. You want the solids to brown as much as they can without burning so that you can get as much liquid fat as you can. But there is a thin line between browned and burnt pork fat so pay close attention. If the solids burn, the rendered fat will have a burnt taste too and all the work will be wasted.

Scoop out the browned solids and move to a plate lined with paper towels.

Cool the rendered fat in the pan. That’s about a cup-and-a-half of lard in liquid state rendered from one kilogram of pork fat.

Once warm (don’t wait for it to turn solid!), you may strain it into a heat-proof bowl. If you want a super-clear lard with none of those bits that you see at the bottom of the glass bowl above, strain the warm liquid fat through two layers of cheesecloth.

Cover the bowl loosely (we don’t want steam buildup to condense and fall back into the bowl) and cool the lard completely until it turns solid. The solidified lard will be soft enough to be scooped into a jar. Cover the jar and keep the lard in the fridge.

And what did we do to the browned pork fat? I placed all of it in a covered container and put it in the fridge too. I reheated a portion the next day until the cracklings had turned crispy again and put them all into a bowl of congee. 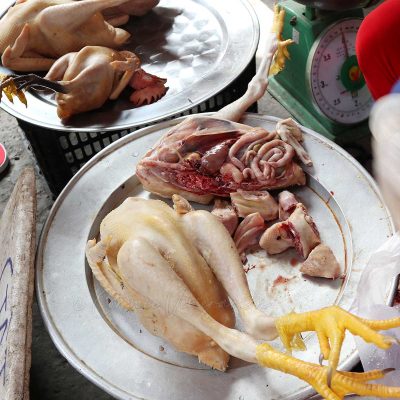 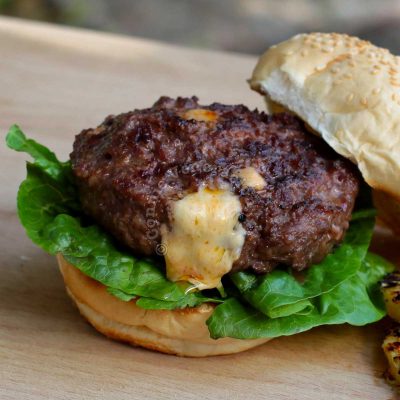 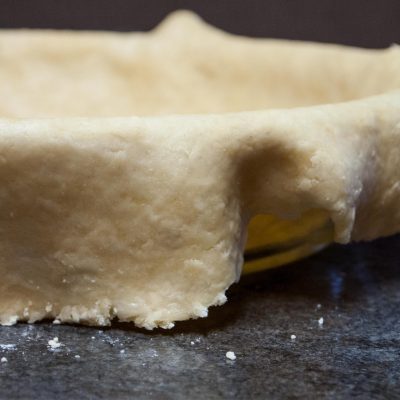 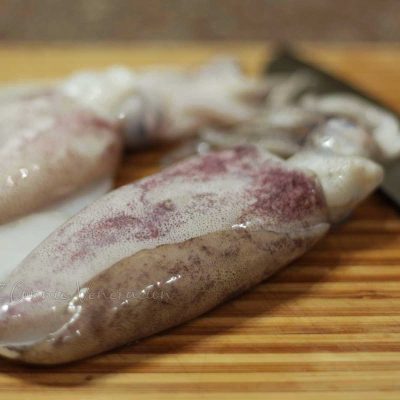 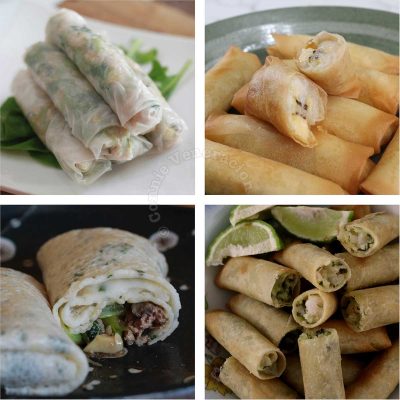 How to wrap, store and reheat spring rolls