Boiled eggs are wrapped in garlicky sausage meat, breaded and deep fried until golden and crisp. Serve Scotch egg as a snack, finger food, bring to the picnic, or enjoy for breakfast.

Why these sausage meat-wrapped eggs are labeled “Scotch” is a mystery to me. If the dish originated in the UK then they should be called Picadilly eggs because the popular belief is that Fortnum & Mason invented the dish back in 1738 as a traveller’s food.

But not every food historian buys Fortnum & Mason’s claim. Egg wrapped in minced meat is a dish found in regions with older cuisines including South Asia, the Middle East and Southeast Asia. So, while Fortnum & Mason may have been the first to use sausage meat for the wrapping, the idea of using minced meat to encase boiled egg is more likely to have been borrowed from food that the Brits encountered in South Asia.

So, why do I still call them Scotch eggs if the dish is a riff of something that came out of Asia? Because we use sausage meat to wrap the eggs in, and that’s a British spin. We don’t serve the eggs with broth, sauce or gravy either the way they are served in Asia.

Now, about our home cooked Scotch eggs… Why are the yolks runny? Because that’s how we prefer them. You may use eggs with firm yolk by boiling the eggs longer but I urge you not to overcook them so that no grayish-greenish ring forms around the yolk. While the unsightly ring is not harmful to your health, it makes the egg less visually palatable.

What kind of sausage meat is ideal? We make our own. When we were still experimenting with the seasonings and spices, we used to have tubs of sausage meat in the freezer that never got pressed into casings. That’s how these Scotch eggs came about.

But, if using store-bought sausage meat, know that there are two forms in which it is sold. One is pressed into a casing. The other is sold by weight without the casing. You may use either. Just make sure to discard the casing if using fully-formed sausages in casing.

Connie Veneracion
Chilling the sausage meat-wrapped eggs prior to frying helps firm up the meat and fat. That makes them easier to handle when dredging in flour, dipping in egg and rolling in bread crumbs. 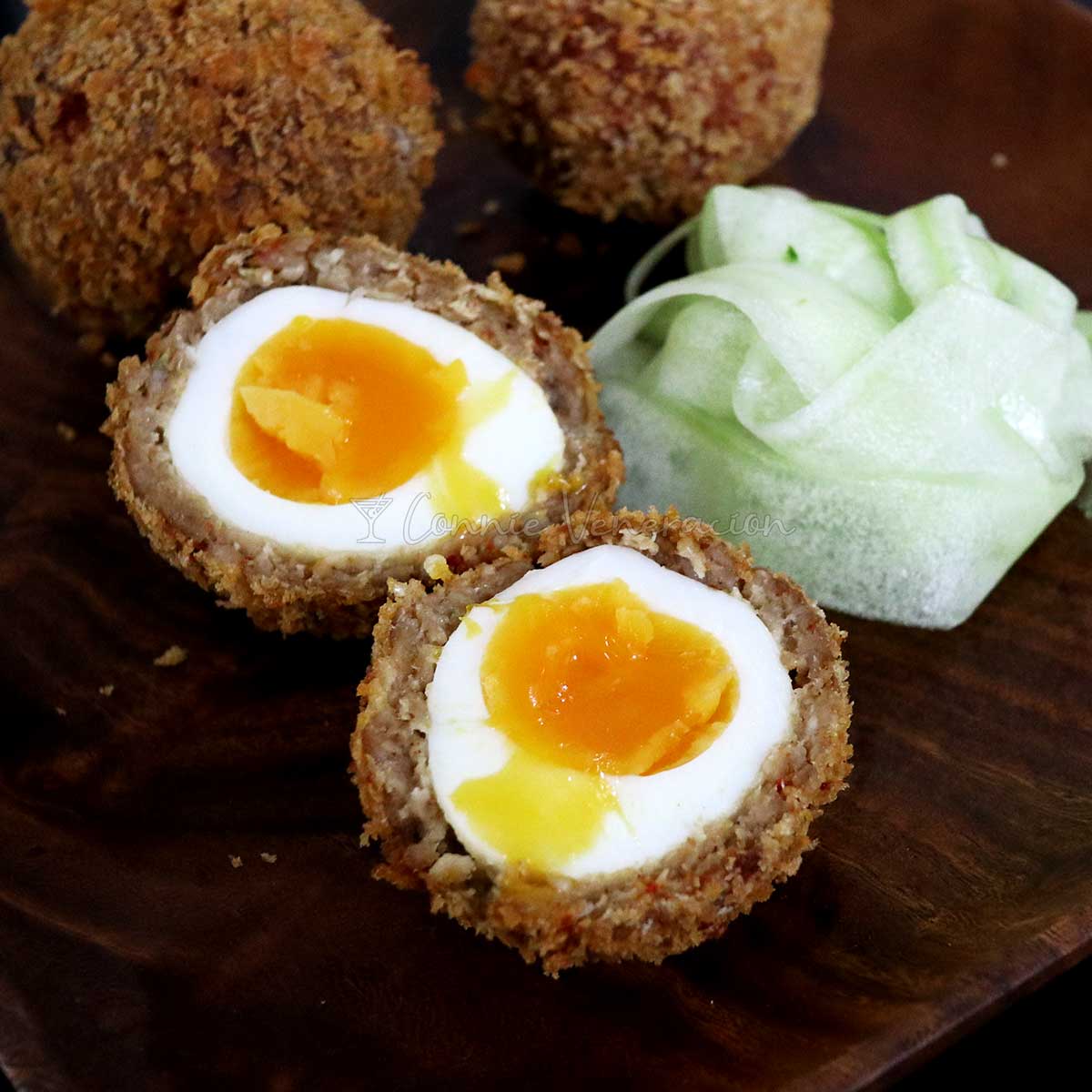 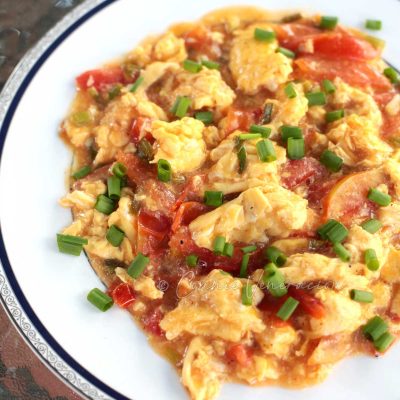 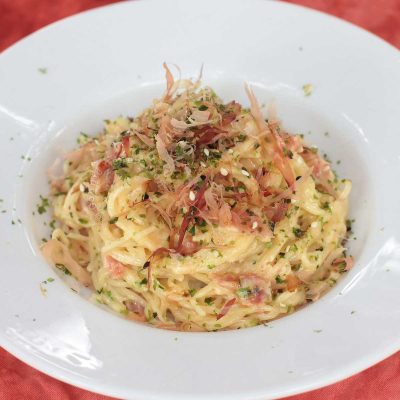 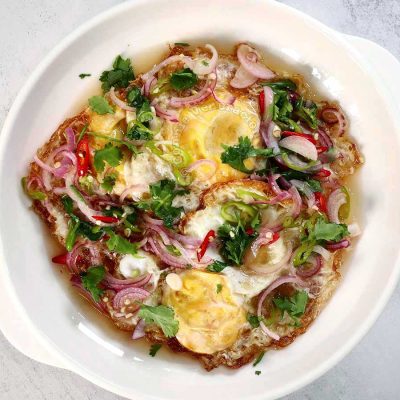 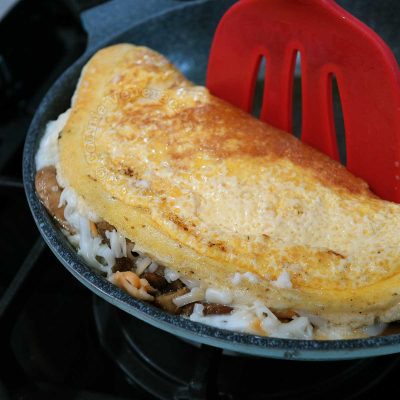 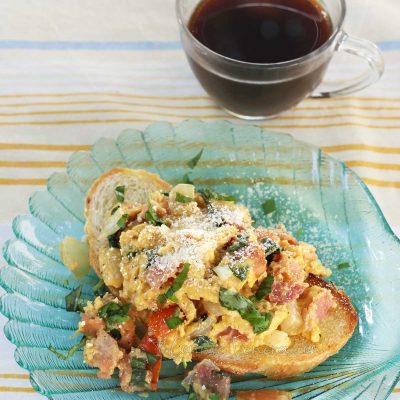 Scrambled eggs with bacon and tomatoes 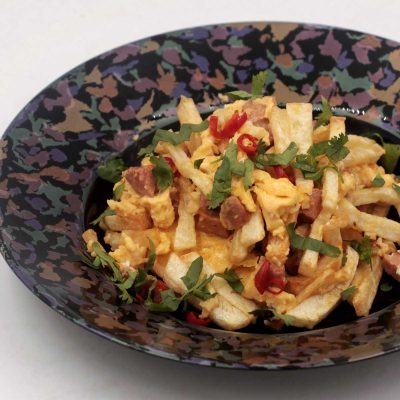