Oh, the wonders of cooking vegetables in bacon fat. The aroma! The flavor! That’s how this side dish was done.

Cut-up bacon was cooked in a pan until browned and fat had been rendered. The bacon was scooped out and set aside, and the vegetables were sautéed in the rendered bacon fat.

The bacon was thrown back into the pan and everything was tossed together just until heated through. Simple but effective.

The sautéed vegetables with bacon is just a side dish? Well, you can serve it as a main dish. The day we had it, yes, it was a side dish that went with fried fish fillets.

For best results, use belly bacon. Not honey cured or anything that had been sweetened. The subtle sweetness of this dish comes from the natural flavor of the chayote and carrot. Any more sweetness than that and the dish will not have a proper balance.

Connie Veneracion
If you’re not into bacon (but who isn’t, really?), you may also use crumbled sausage meat. Spicy or plain garlicky, but not sweet either. 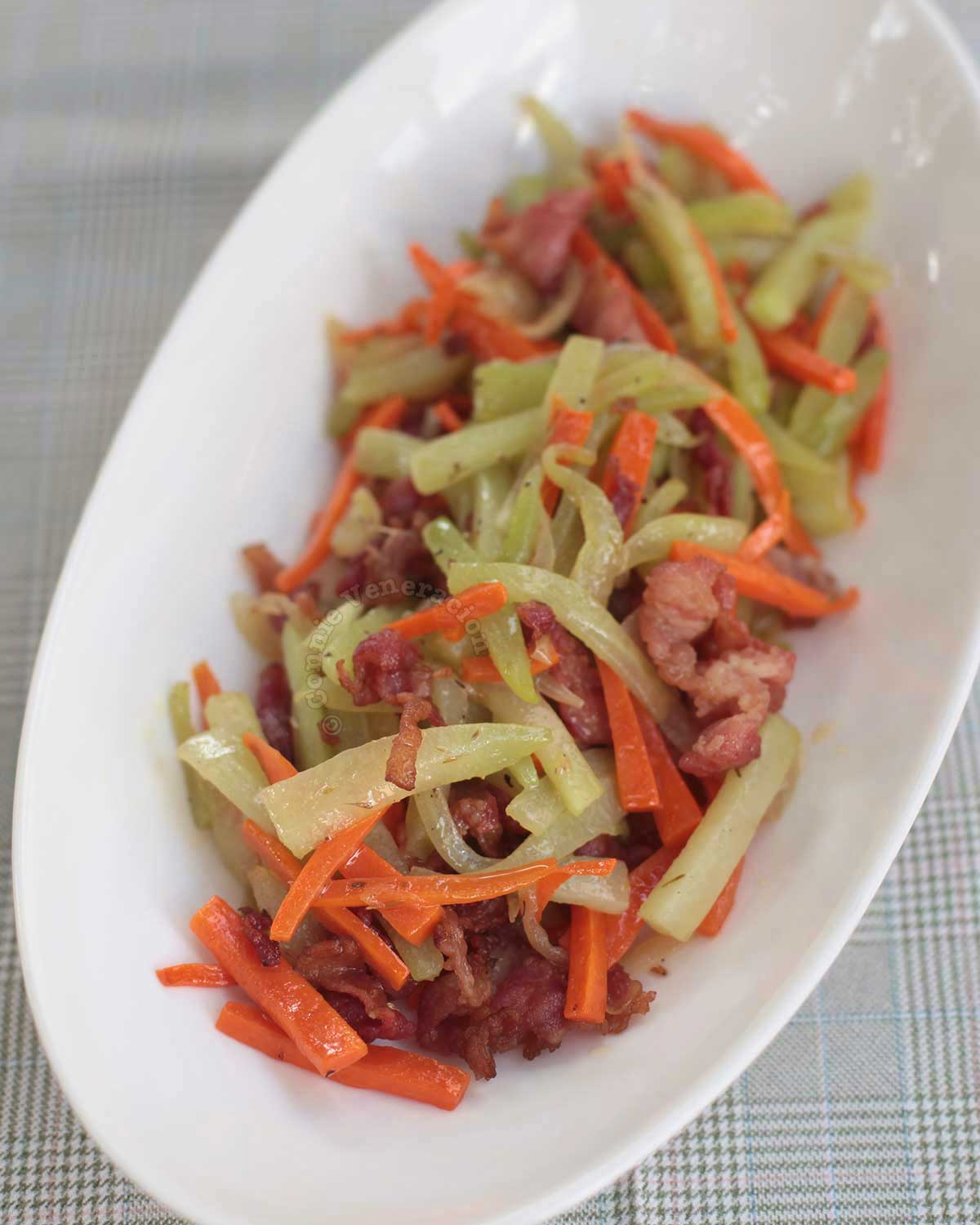 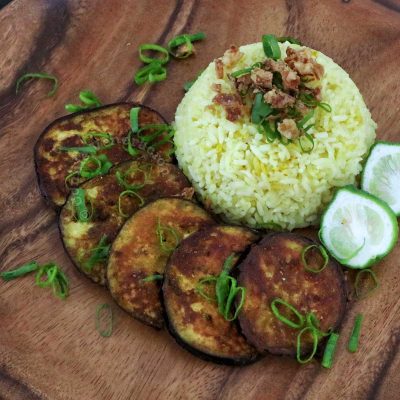 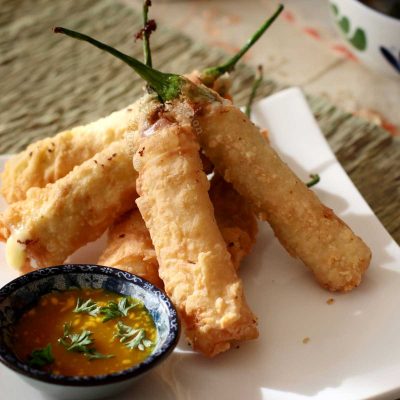 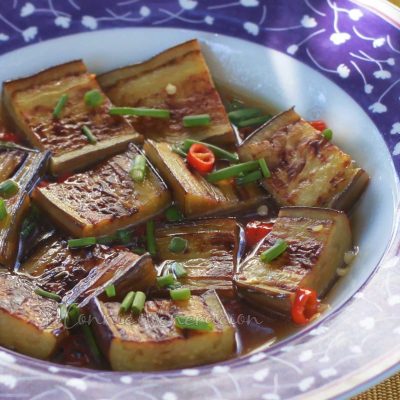 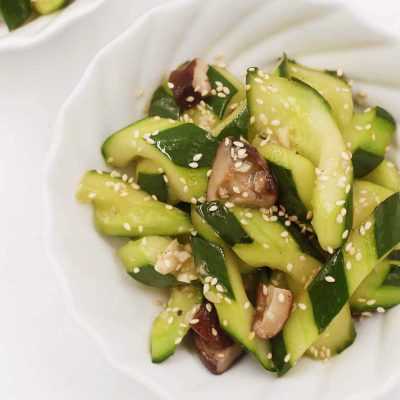